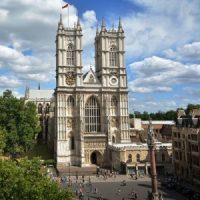 As November First Tuesday drinks are on Tuesday 7 November, also the day that the kindling of the Torch ceremony will take place at Westminster Abbey and the Flanders Remembers concert. Because of the multiple events happening on that evening we suggest that instead of the First Tuesday Drinks at the clubhouse, members meet at 5.45 pm at Westminster Abbey to attend the kindling of the Torch at 6 pm sharp and then go the to “Flanders Remembers” concert in the Guards Chapel offered by Flanders House. To confirm, the First Tuesday Drinks will not take place in November.

The kindling of the Torch is a short ceremony held each year in Westminster Abbey at the beginning of November to commemorate the re-lightning of the permanent flame at the tomb of the Unknown Soldier at the end of World War II after it had been extinguished by the German occupier. From Westminster Abbey the Torch is transported to Brussels in a pilgrimage along the many war cemeteries, in time for the 11 November ceremony at the tomb of the Unknown Soldier.